For my acrylic paintings, please visit my Etsy shop at www.donnamibus.com 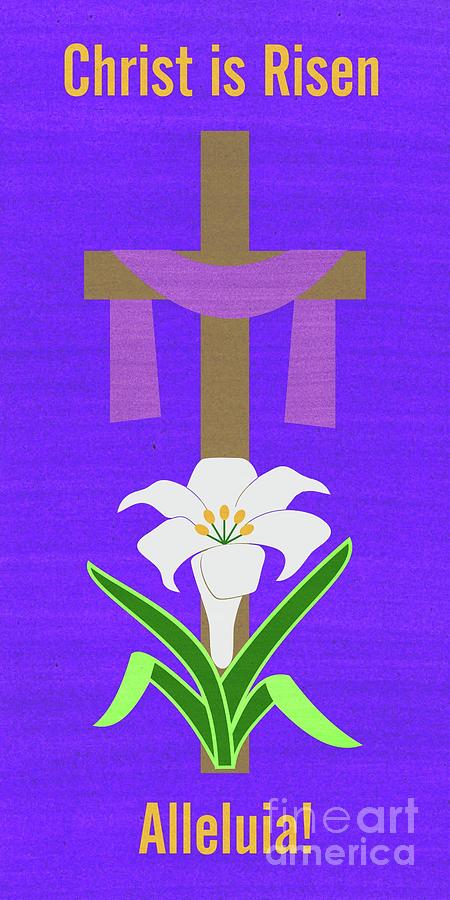 Matt 28: 1-7 says, 'After the Sabbath, as Sunday morning was dawning, Mary Magdalene and the other Mary went to look at the tomb. Suddenly there was a violent earthquake; an angel of the Lord came down from heaven, rolled the stone away, and sat on it. His appearance was like lightning, and his clothes were white as snow. The guards were so afraid that they trembled and became like dead men. The angel spoke to the women. “You must not be afraid,” he said. “I know you are looking for Jesus, who was crucified. He is not here; he has been raised, just as he said. Come here and see the place where he was lying. Go quickly now, and tell his disciples, ‘He has been raised from death, and now he is going to Galilee ahead of you; there you will see him!’
This mixed media using watercolor painted sheets, digitally enhanced, was my Day 69 entry in the 100 day challenge I'm participating in at Fineartamerica with other artists. We aim to create one new piece of art a day for 100 consecutive days.
#Pixels100DayChallenge
Design ©Donna Mibus. Unauthorized use or copying of my work is prohibited.

Love the royal colors and textures in this beautifully designed banner honoring the Risen Christ ~ so magnificent, Donna! F/L

Beautiful! Alleluia! Blessed Easter to you and yours. I shared the graces from Mass last night, and Holy Communion with you and your family, spiritually, yesterday since you mentioned you couldn't get to services.

Thank you Rose! We appreciate that! God bless.

Thank you, Lori! I hope you had a blessed Easter!